George H.W. Bush, 41st president of the United States, dead at 94. To all at IDC: Yes, George W Bush passed away last night and out of respect we will mourn his death BUT there is another point to be made and that is the HEAD OF THE BUSH CARTEL HAS BEEN ELIMINATED. May the arrests begin!
펼쳐 더 보시려면 클릭하세요. 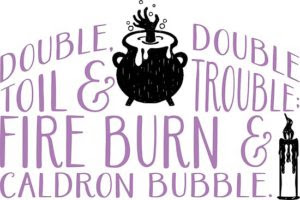 It seems every day is Hallowe’en with these satanic people casting spells and creating events on their superstitious dates. Some of the theories about what has transpired recently may seem a little “out there”—but that’s generally where we find the Truth.

Atmospheric anomalies and other phenomena are reported at the time of the recent 7.1 quake near Anchorage. If memory serves, there were flashes in the sky in New Zealand in the last couple of years prior to one of their quakes. Some said it was “natural” in our electric universe, while others suspected man-made.

There is another facet to the latest attacks emerging that I questioned after the Paradise, California fires, and that is volcanic activity.

Daniel at Logic Before Authority showed us a puff of smoke and something rising up from the earth and dropping back down at the time one of the fires started and was the first I heard to mention volcanic activity and he found some interesting satellite footage in this video.

Robert Otey told us in an interview with American Intelligence Media that after his narrow escape with his three dogs, officials he spoke with asked him if he saw any “lava”. It seemed like a bizarre question, but they wanted to know because I think they expected it. Why would they expect it?

Then we saw footage near Paradise from Logic Before Authority where thewater in the river almost appeared to be boiling.

Now we have Dutchsince speaking of underwater volcanoes.

Thomas Williams told us that actions have been taken to prevent the psychos from weaponizing volcanoes, so perhaps some of the attacks are related to that. Sounds far-fetched? They’ve weaponized everything else; why not volcanoes?

Mike Morales expounds on the Alaska experiences and anomalous “lightning” in the first video below.

Some of the videos below are quite long, but if it interests you, have at ‘er.

Marfoogle News brings us local reports of the damage and even the CBS news staff at their own station saying, “it felt different” than previous quakes.

Dutchsinse mentioned a tsunami warning which was possible as a result of the 6.6 – 7.0 (according to USGS who typically downgrade earthquakes) and perhaps that’s what the powers that were attempted to create. Later USGS upgraded it to 7.0. It’s hard to discount all the damage when you rate it a 6.6.

An attempt to create a tsunami failed in Hawai’i when the Hilina Slump did not fall into the sea, but there have been a number of odd quakes along the Pacific Rim recently according to some watching that kind of activity that may suggest that’s what they’re ultimately after in their desperation.

They may not be able to create hurricanes, cyclones, tornadoes, or volcanic action from scratch, but they seem to have perfected “massaging” these natural activities to produce some devastating events.

It can be difficult for some to remain calm, cool, and collected when the planet is rocked—and rocking—with such dramatic events, but we remind everyone that that is what we need to do lest we create our own catastrophic results, however unwittingly.

To top it all off, we have Mr. Cati and his analysis of what he refers to as a “mega ritual” involving the Alaska quake and the death notice of GHW Bush. It’s a little different perspective, but after listening to the War Drummer’s research on the Warlocks and their numerology and gematria, pentagrams and stars, we might have the perspective to see the relevance of this next angle. ~ BP

This report discusses the recent Anchorage AK earthquake and the death of George H.W. Bush and how these two separate events that occurred on 11-30-18, are both related to the larger 9-23 mega ritual currently underway, under new group efforts and leadership, due to the recent death of G.H.W.Bush, POTUS 41. While the death of Bush negated the 12-01-18 noted date of action for the 23 cabal, sudden changes altered the date to 12-02-18 which is associated with the discovery of an asteroid 2018-WV1, that is due to do a close pass-by on 12-02-18. A follow on report will show and discuss asteroid 2018-WV1.
마지막 수정: 2018-12-03 12:33
You must log in or register to reply here.